This a very short post to talk about a very interesting and natural phenomenon that I had the chance to spot few days ago : waterspout. It is like a tornado and water but usually way smaller. 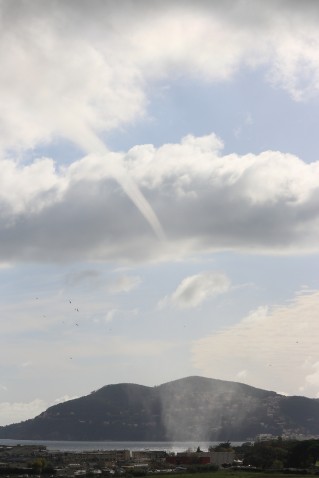 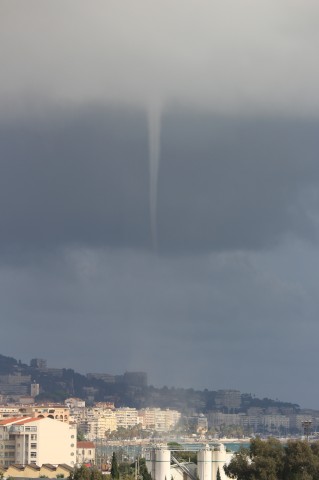 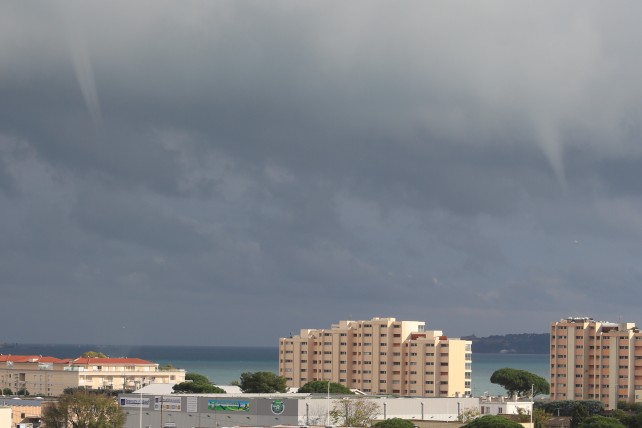 There was no damage reported this day.

If you wish to learn more about the subject : https://en.wikipedia.org/wiki/Waterspout

I already wrote an article about the trackers. Now here is the other water bomber based on the Dash 8 Q400. Its capacity is big : it can hold 10t of fire retardants.

The pictures were taken at Cannes during the unfortunate fire that happened at the North of Nice at the beginning of July 2017. Almost half of the french fleet was dedicated to this fire (1 Dash, 6 Trackers and 4 Candairs + 1 Beech for surveillance + helicopters). 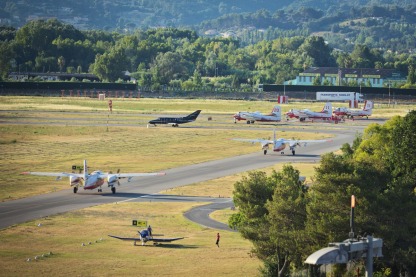 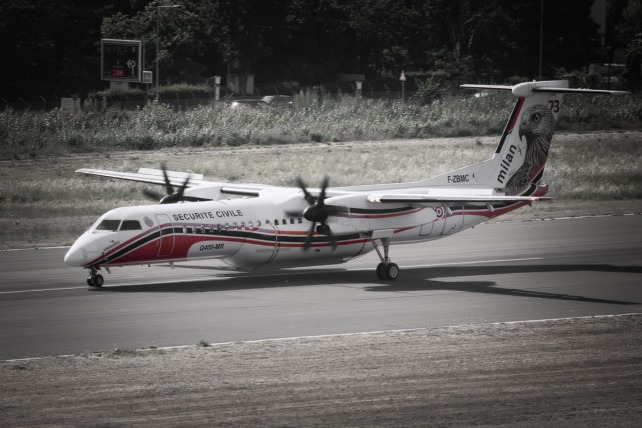 For the moment there are only two “MILAN” in France, their callsin is Milan 73 and Milan 74. But the french government has just announced that they will purchase more Dash in order to replace the Firecat Trackers which are getting old.

In order to fight fires in France, the Sécurité Civile has a big (but old) fleet of 26 airplanes. Among them the most known is the CL415 (popularly called “Canadair” which is in fact the manufacturer). Their callsign is Pelican followed by the number on the tail of the aircraft. During their mission there are usually 2 to 4 of them. 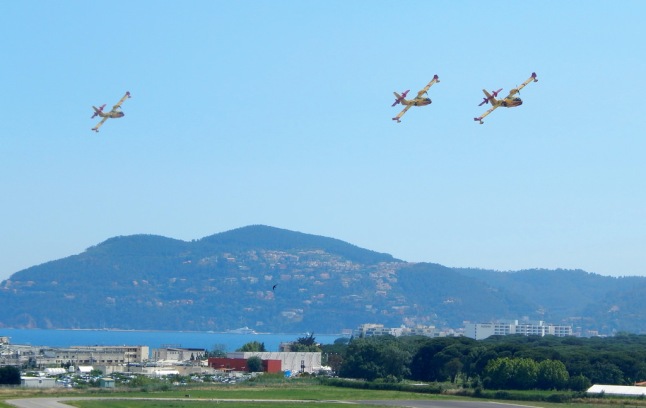 3 pelicans low pass during and exercice near Cannes

But this article is about the Firecat Trackers who are less known but still effective against wild fires. Initially these aircraft were used on USA aircraft careers so they are very easy to manœuvre which is perfect to fight fires (especially in areas with mountains).

Unlike CL415 they cannot scoop on the water. They have to be refilled on the ground in places called Pelicandrome.

There is one in Cannes that can be seen on this chart : 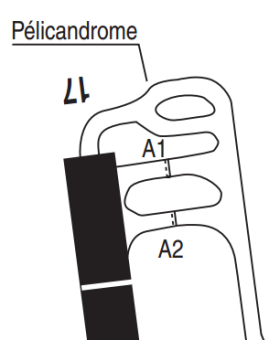 It is placed near the threshold of the runway 17 (used more than 90% of the time) so they can take off very quickly. 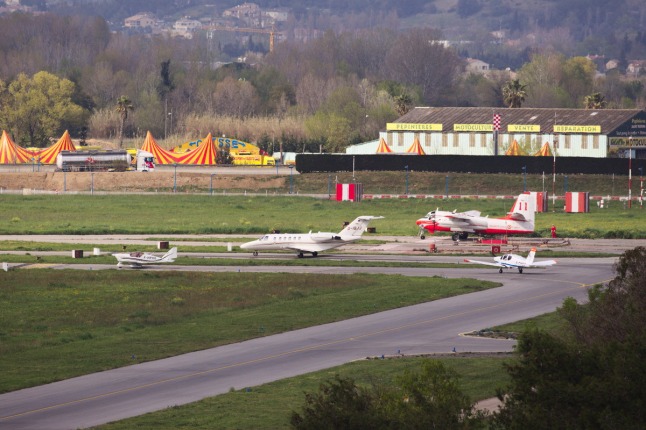 Their callsign is Tracker followed by the number of their tail. There are 9 of them in the French fleet. They are now based in Nîmes Garons (South of France, roughly between Montpellier and Marseille). In order to gain time (every minute is precious with wild fires), 2 of them will be based in Cannes during this forthcoming summer. 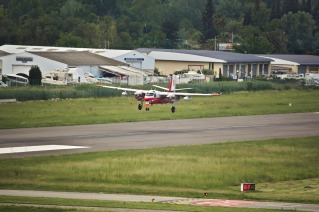 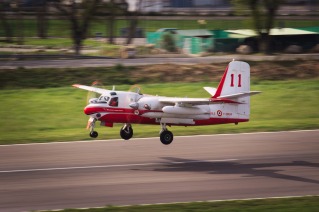 They usually fly by two, in a relatively close formation. They have priority over other aircraft (which makes the situation complicated during heavy load of traffic in Cannes). Each one can carry 3000L of water (usually fire retardants). 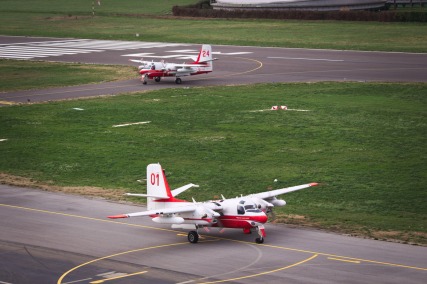 Trackers 01 and 24 vacating the runway

They are getting old will be retired in 2020 (initially it was supposed to be 2008). We don’t know yet which one will replace them. But for the moment it is a pleasure to see the professional pilots using their skills in order to save lives !

It finally happened, my first solo flight. After a bit more than 4 hours and this machine it went solo for the first time (I had 15 hours of flight before in a course but I wasn’t allowed to go solo for insurance reasons).

Here is a little video summing up my flights up to the big moment : 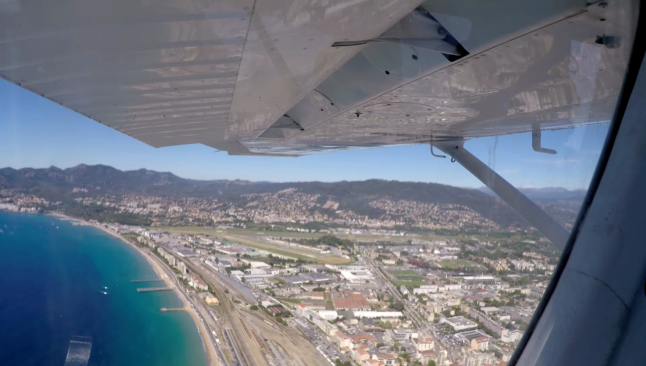 I’m starting to really like my new camera and understand how to use it properly. Here are some shots that I took at Cannes with it during last 3 months.

Most of the pictures were taken using the 55-250 mm STM, except this one : 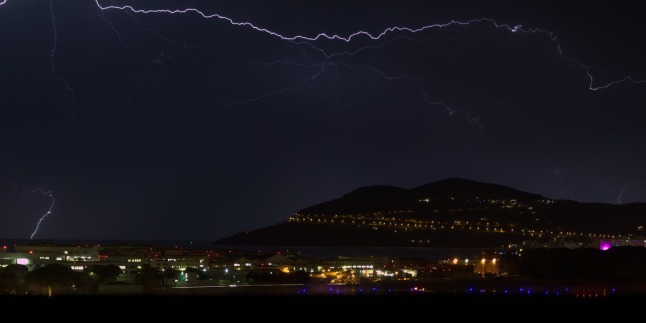 It was at night during a great thunderstorm in the sea that caused a lot of troubles in the air traffic from Nice to Toulon.

Cannes is also a place where there are a lot of interesting machines like this old Fouga (former plane used in the Patrouille de France before they switched to the Alpha Jet). 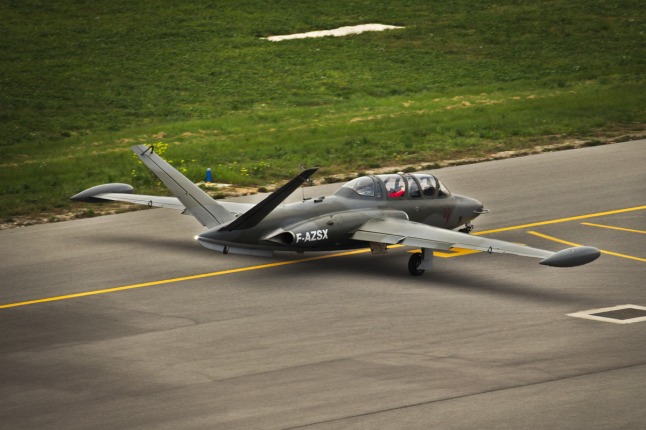 There are also a lot helicopters (it represents almost half of the traffic during summer period with a top of 45% during august). 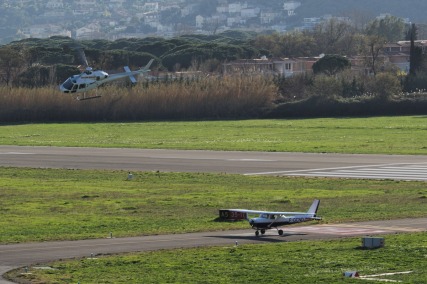 AS55 bypassing A5 taxiway 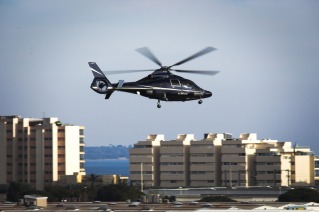 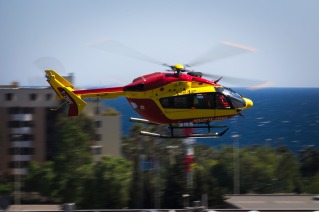 The biggest one is the first H175 used for VIP purposes as you can see on this article. The yellow and red EC145 is called Dragon as it is a rescue helicopter based in Cannes.

A lot of things happened for me in 2016. I decided it to celebrate it my way my posting a compilation of my best shots for this year : 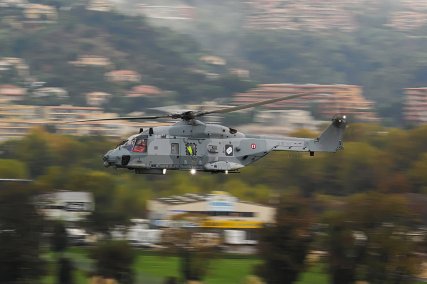 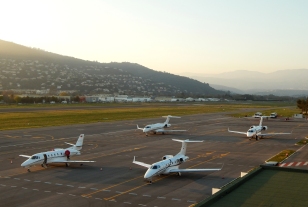 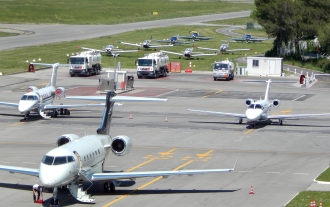 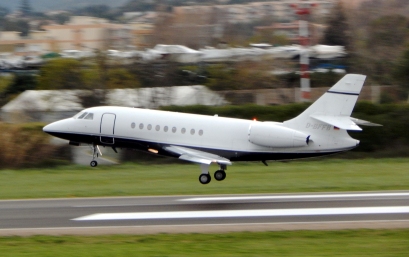 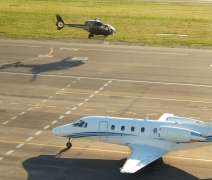 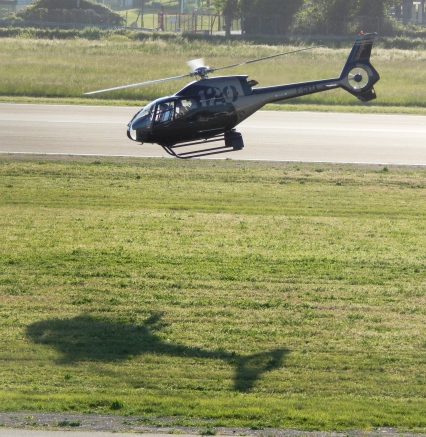