As Air Traffic Controllers we are sometimes being notified by pilots about events. Sometimes it can be a fire, or a boat in distress. But when calling the competent rescue service it is not always easy to communicate accurately the position of the event. 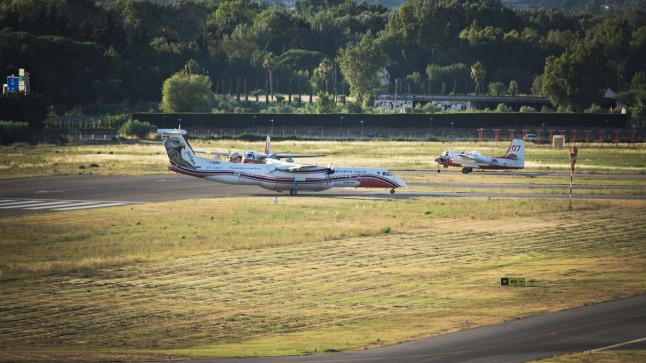 Dash 8 and Trackers S2T at Cannes

In aviation we are using nautical miles, a unit that a firefighter will never use (expect if it is for sea rescue). That’s why I created a small tool called BalthaSAR (the name is a pun, SAR stands for Search And Rescue).

The principle is simple, the website converts position of starting point (can be an airport, a VOR or an NDB) heading and distance to coordinates of the reported point.

This can be easily measured on a radar screen.

The point is showed in red on a map, the squares that you can see on the pictures or DFCI coordinates (which are French coordinates used by fire fighters and sea rescue) 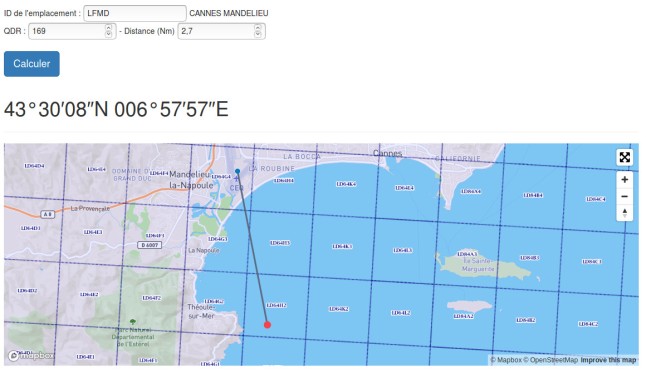 The text is in French, and it contains only coordinates for French airports and Navaid (from the openaip database) but can be easily adapted for an other country.

The website is hosted on Github and can be seen here : https://abartben.github.io/balthasar/

The work and the website it self was not hard, it is more a compilation of different libraries (mapbox, bootstrap, coordinates converter …) than coding it self.

I hope this will be useful in the future !