After having successfully created a SmartClock with Arduino, I decided to do it again but smaller !

As I want this project to be more colorful, I found an alternative to simple RGB led. The module is called WS2812 and it is simply awesome !

The modules are fairly easy to use and are connected on cascade. You can simply control the color of every LED separetely.

Description of the module : here

For now, I’m using the Arduino Uno for prototyping, but in order to have everything in a small box I’ll use the Arduino Nano Pro. 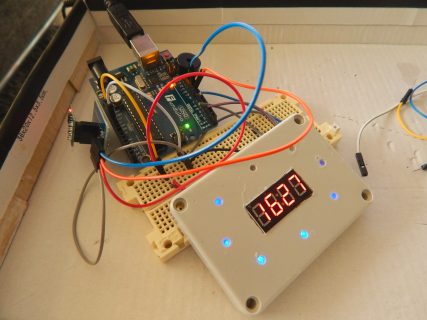 size of the box

LEDs and screen for the display